Monty I am making this up as I go along. 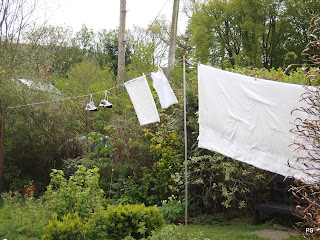 I do this with the garden, I just get ideas, let them stew a bit then have a go. The weeds are coming on a treat, the washing blows artfully on the washing line and the potting shed/greenhouse does indeed look like a crime scene. My father and father-in-law would both be horrified by my lack of cleanliness and care. 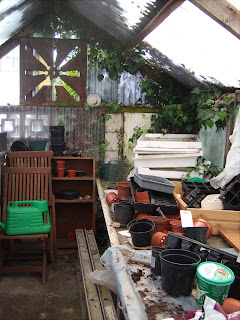 Profanity, I always thought that profanity was all about being foul mouthed...yet again I show how much I have to learn. Profanity means making common something that is essentially holy and deeply spiritual.

I am profane. I realise there is something mysterious about profanity. David the Old Testament man marked out by God as leader of Israel in place of poor Saul, took the showbread from the priest and broke it and gave it to his hungry men.(He was on the run from Saul whom he had snubbed) Taking the holy bread offered to God was unprecedented, yet God who had struck men dead for similar profanity allowed this to happen. He allowed the holy to be made common and so it is today. The commonplace is holy, the small and simple things are deeply meaningful. The weak and the vulnerable the failing and the frail are holy.
Here endeth this mornings lesson....and this after a girls night out. Yes I am an honorary girl after 25 years of working in a predominantly female dominated profession...girls can drink !

Mistletoe, the white berries rubbed into the bark of the maple and apple trees in the garden, inspired by you Monty when at the garden in Berryfields...have germinated 2 years after the squishing.
I am starting something new here as mistletoe is very rare in these parts..this is an industrial area, I live on top of a coal mine. There are houses here that tip and slant...a bit like the girls after a few drinks. 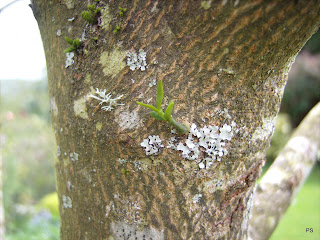 I am going to throw a thousand flowers to the blushing maid now. 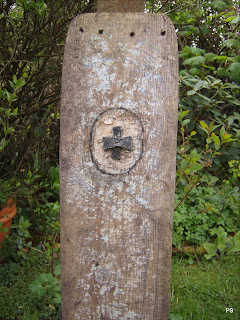