I have just finished reading Italian Shoes by Henning Mankell, a Christmas gift from my psychotherapist sister-in-law, and it has unleashed a flood of thoughts, appropriate to read whilst watching the deluge continue outside. In this novel Mankell explores what it is to age, how the process of ageing changes the way we see ourselves and our place in the world in regard to human relationships.

' Life is a flimsy branch over an abyss' - Mankell 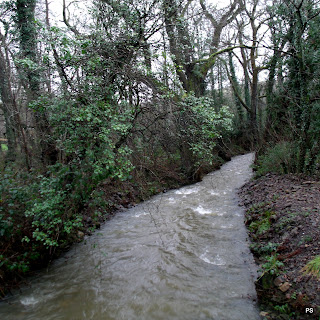 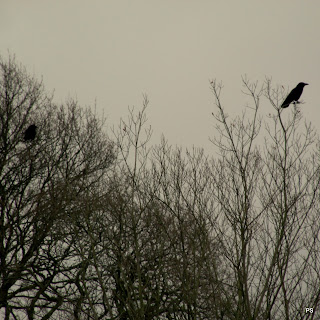 I read my copy of the bible every day, chapter by chapter, it challenges me, thrills me, horrifies me. I realise that this battered, small, pocket-sized bible; read at train stations on hills and in art galleries is the personal possession that means the most to me, it will probably never belong to anyone else, it will fall apart with me.

Waldemar Januszczak recently extolled the wonky cross and standing stones of the northern Christian tribes - each tribe has its version of Christ and Christianity - the same is so of today - layers of history of interpretation and mis-interpretation. Which version of Christ and Christianity is closest to the truth is a huge issue and brings passion and dogma to the surface with wars and rumours of wars.

I too liked the wonky cross - imperfect like me - accepted like me. Anyway I wasn't going to write about that - but how beautiful were those words on stones. My scruffy, battered, written-over (blasphemy !) bible will die with me - put it in my coffin.

When I walked with Charleshawes@veddw.com a few weeks ago we came across a stone with a quote from 2 Timothy 2 it says in my modern version :

' Nevertheless, God's solid foundation stands firm, sealed with this inscription : "The Lord knows those who are his"

This was written by Paul the apostle in response to quarrels about the word. Paul suggests in order to see truth, a man has to cleanse himself. Surely this has to be by personal revelation of the harm being done to our spiritual relationship by any 'wickedness' in us. Only then can a man cleanse himself. No-one else can do it, or force it into being. (although I have seen them try and even worse, have been guilty of it myself) A false repentance created out of fear will only mean future failure and more harm to the individual. 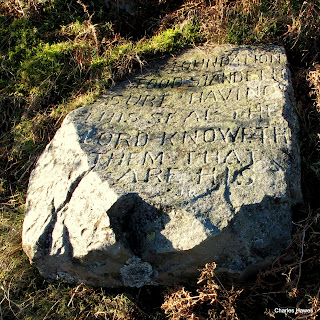 I draw a stone, and think that sometimes there are words which are better never spoken - because they bring hurt and struggle. Perhaps that is what living is all about. I, like Israel - struggle with God, I struggle with the truth, why is love such a painful thing?
The 'runes' on my stone speak of love, this is what the stone on the hill above Llangattock speaks of.
Even the stones cry out. 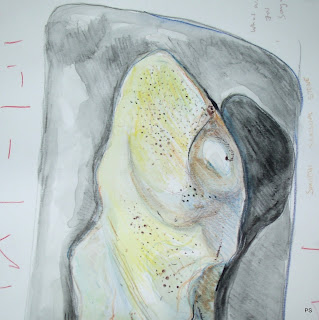 This is always a strange time of year, the passing of the old and the start of the 'new' with its hopes and fears.
The apostle Paul was small of stature, like me. He always called for his parchment and for a scribe to write down his letters. He was compelled to write, like many writers. There is still this compelling force - pushing the words out. My words falter and fall to the ground.

I looked at my small of stature body in the mirror last night, it has lost its definition - jowls sag, the belly sags a little. I no longer arouse desire or passion, this is a very difficult part of growing older which is rarely discussed because it brings shame. I am sorry if it offends you to mention it.

The world grinds on as trees and soil slip down the hill in Ystalyfera. The oak outside twists and flexes its bare branches as though they were made of rubber rather than the heavy dense living wood that they are. These are dark days with dark skies.
We have just celebrated Christ, the one who came to earth - born of a woman, a master builder, Jew and debater in the Synagogue and Temple, who prophesied the destruction of the building whose foundation stones now lay beneath the Dome of the Rock. He said that the new temple will be one not made with hands - what did he mean by that? This Christ child throws out difficult words for us to struggle with. 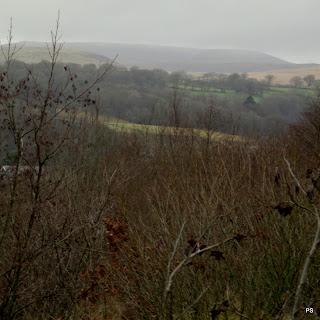 I thank God for this in-between time, a time of reflection. Christmas, a festival created to 'sanctify' the pagan festival of solstice is now a pale shadow of its former self, getting paler, thinner - less distinct year on year.

' Who despises the day of small things ?' 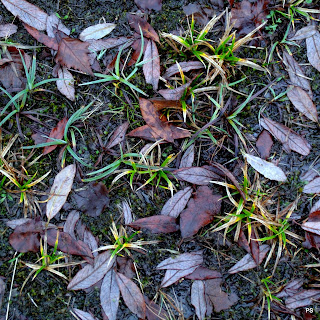 'Life is a dream impossible to pin down' - Henning Mankell

Maybe I will write to you again in the New Year.