Letter to Monty... Am I a peasant or an intellectual ?

I have to apologise. Yet again I half slept through the 3rd and final episode of French Gardens. This was not because of any lack on your behalf as the presenter, but because I find gardens so relaxing - even images of them. 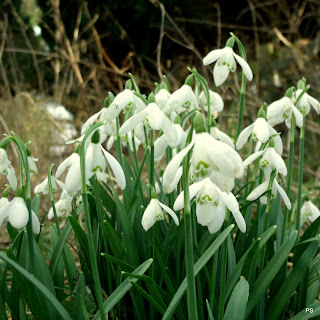 Perhaps I dreamt it, but I'm sure I heard you throw out a challenge to British gardeners by saying that unlike the French we lack an intellectualism in our gardens. I woke up at that point, perhaps I need to watch  BBC iPlayer in case I misheard. There has been no twitter debate about it, so perhaps I was dreaming.

We needed that observation to be made. I have to say however, that this debate has been going on for some time in this country, just read : thinkingardens.co.uk

I must be a peasant, a Welsh peasant at that.

On the way to Herefordshire to see my granddaughter I noted the vast amounts of rubbish strewn along the roadsides of Wales. 'Proud to be Welsh' we say, but what exactly are we proud of ? If we mean the country - the earth - the soil - the land in which we live, surely we would look after it, nurture it, protect it ? Just a few miles inland from the valleys, the litter subsides and by the time you get to Herefordshire there is hardly any at all. Perhaps it is just the idea of Wales we are proud of, or perhaps what I am seeing is the legacy of the rape of the fair country ? The valleys have been abandoned by the those who made the money from the coal, and their sense of purpose has been lost, no longer rural or industrial. 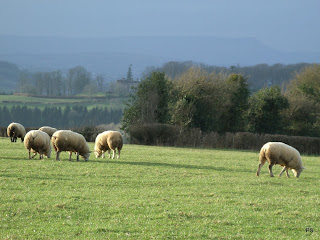 We drove through gentle hills and oak lined roads past fields flood plains and sunset. 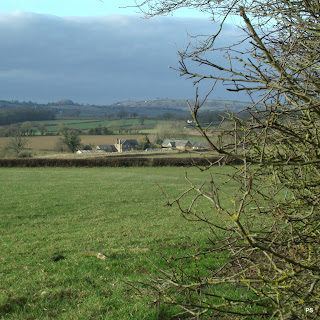 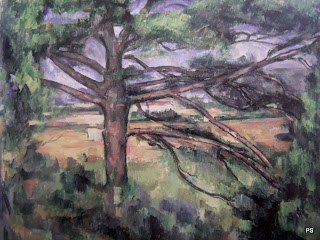 Back at this coal tipped coal slipped mountain in black and blue with Cezanne trees and water drenched roads. My garden is not great, neither is it intellectual. It is the garden of a peasant from the 'lovely ugly town' but it remains my sanctuary, my cloister. 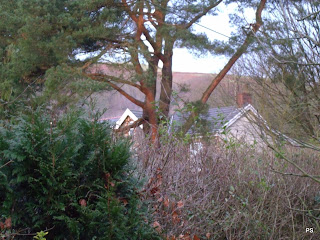