Plastic and pyramids by the sea

I have just read the beautiful book about Derek Jarman's garden. I have never visited his now preserved cottage by the sea. We preserve things, capture them because they are like important messages to us from lives past.

Here is what Jarman said about giant sea kale : 'They look their best in sunlight after rain as the leaves are designed to catch the rain and feed it to the centre of the plant; the beads of water glittering on the plant are an ecstasy'.

This man was ready to live the colours and scents of the garden; to let them be 'a therapy and a pharmacopoeia' . Despite all else that was happening in his life, here in his shingle garden was raw and painful beauty.

We all need space to breathe. 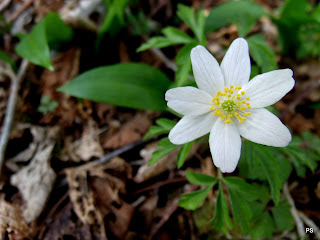 I have been ranting on about litter again, I hate to see our lanes and roadsides and even rivers edged by litter, most of which is plastic.

We had a lovely walk around Three Cliffs Bay in Gower, following the serpentine river with Egret and Heron. The violets were just waking up - along with wood anemone and wild garlic. The cliffs reminded me of the pyramids, I collected a driftwood stick for planting in the garden. There was plastic, plastic, plastic forming the tide mark in the estuary. Plastic is the new seaweed. 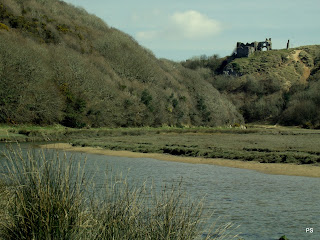 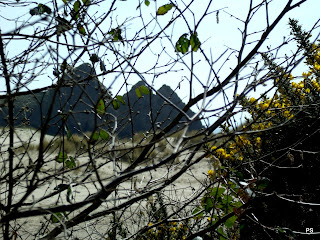 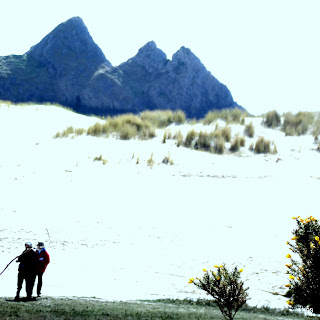 The Egyptians believed in the weighing of the heart in the afterlife, weighed in the balance like the Babylonian king in the book of Daniel.

I want my heart to be weighed, because I want to appear as I am not attempting to gloss over the cracks. Not having a plastic sheen.

Jesus said of Nathanael : 'Here is a true Israelite in whom there is nothing false.' This was the man when hearing about Jesus spoke his mind and said : 'can anything good come out of Nazareth?'

I like the way Derek Jarman confronts us with poetry and a garden, he would have been cynical about Christ too. Sadly asking questions about Christ is frowned upon, and this creates the danger of a kind of plastic Christianity.

Justin Welby the new Archbishop says that hope is not to be found in putting people or institutions on pedestals. I hope I can grasp hold of that lesson before I am weighed. 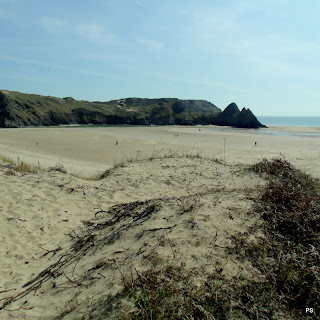