8/5/13
'Doing something different was important to me' said L.S. Lowry of his paintings of industrial landscapes, but even he regretted that he continued on the same theme for so long. He was described by the critics as a 'sunday painter' but had a degree.

What could be said of this painter of butterflies and flowers ? - Hardly challenging or a comment on the madness of our times. 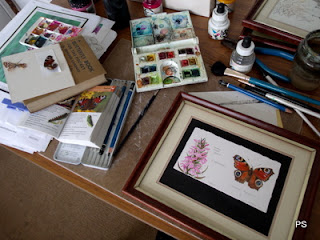 Our sickness is manifested in a kind of meaninglessness - a soup of everything which turns out to be nothing.

9/5/13
I have just laughed and cried with 'The History Boys' the film version of Allan Bennett's play with the superb Richard Griffiths. The classroom was much like my classroom of the 70's. I saw Richard Griffiths in 'Comedy of Errors' in Stratford - what a heart, mind and soul experience for a backward boy from Swansea. What an inspired teacher of English Literature we had. David Taylor used to sit cross legged on his desk, always wore his gown and called us gentlemen!

I got lost somewhere along the journey, because at first I followed with passion - then it drained away. Creativity leeched - ebbed.

The job I do now is as dead as my soul. I suppose there is no room for creativity and passion in a world where (as a friend recently pointed out) efficiency is mistaken for compassion - or rather has been twisted into meaning compassion.

Efficiency is measured to within an inch of its life - in fact it strangles the life out of life.

Creativity is dangerous is risky so cannot be tolerated. 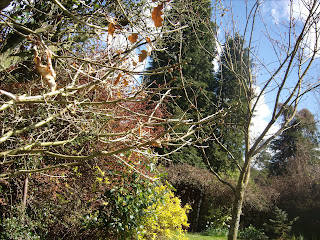