Walking to and fro

From Hay on Wye  to the Dales, a ramble of thoughts.

I too muddle through most days, I am a muddling type of person. I identify with the French desire not to be bound by bureaucracy (which we seem to have a love affair with - so much so we are binding ourselves with bonds that are getting tighter - but we seem to accept them as though they are good for us !) Your ramble through France is akin to my ramble through life.

I am not intellectual, but I ended up going to hear Rowan Williams and Neil MacGreggor discuss the relevance of Christian Imagery in art, a few days before trundling back again to listen to your presentation/promotion of 'The Road to Le Tholonet '.

There is a tenuous link in my life with Rowan Williams, he has relatives that I have met in Ystradgynlais the next door village and a place I have worked in for the last 20 years, but also I discovered he went to my old school when it was a Grammar School. (not a Comprehensive School for boys as it had become 4 years before I entered it) I also discovered that Charles Hawes the photographer, blogger charleshawes.veddw.com and garden maker with Anne Wareham, had him to read his poetry at The Veddw. veddw.com ( Yes, still tenuous all this.) I heard him read his poetry on Radio 3 a few months back and was impressed. So off I went, being an artist (of sorts) and a Christian (of sorts) to listen to the debate.

It struck me whilst listening, that we were never meant to revere an image or worship an image of the man Christ at all, rather what he did and does. (if you believe in his divinity that is) Christ pointed to what we could see and understand, the lilies of the field, the grass, the sparrows, the wheat, the weeds, the sheep, the fish, the wind and the waves, the bread, the water, the wine. He directed our thoughts to our own lives rooted to this living earth, and the ugly things we do to each other and the planet; but also instilled in his hearers the notion that there is a connection to be made which is beyond our understanding and scientific reasoning. Before Christ died he promised the gift of the comforter ( Comforter !)  as a guarantee of something beyond this mean, and getting meaner existence.

What has all this to do with the debate ? I have attempted to paint Christ myself, I once exhibited 3 digital prints of this fresco : 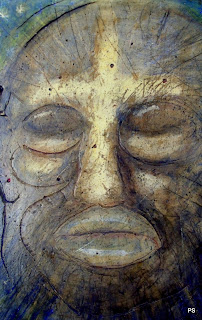 It was entitled Father, Son, Spirit. It was bid for and bought from the exhibition in Oxford. A strange thing to paint an image of a battered face. It was based on a still from a film made at one of the Nazi death camps. It was the face of one of the prison guards who had been kicked to death during the liberation.

I have stopped trying to portray Christ in this way, but I see and hear him in our waking up to the damage we are doing to our environment and to each other. I hear him in the landscape and the hard edged beauty of the natural world. For me at least the rather tame debate did stimulate and refine what living faith is. It is about resting in something which was finished and started at his death. 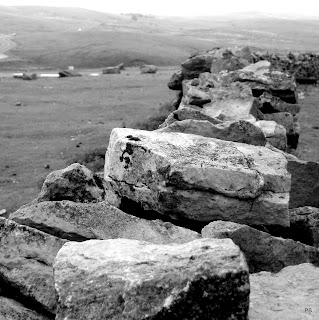 I had the privilege of walking through this stunning landscape with Bob, Charles and Dave. The meadows and hedgerows were abundant with a diverse range of wildflowers, although Charles has seen more abundant fields elsewhere. I hadn't seen any like this since I was a child. 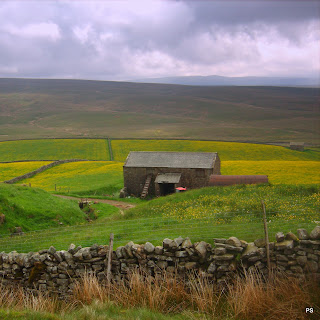 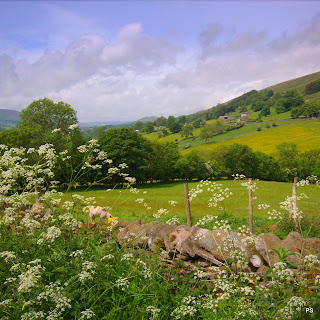 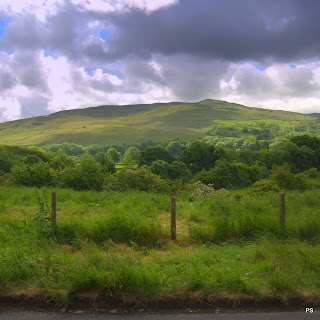 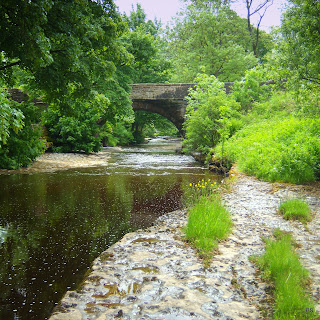 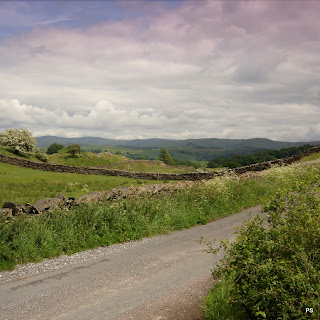 We discussed our inability to look after ourselves, about stars and spirituality. 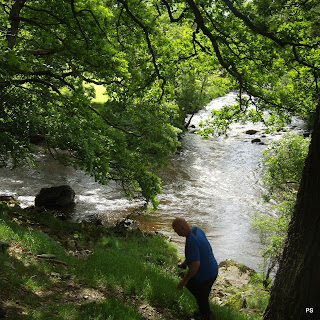 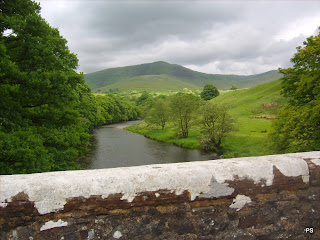 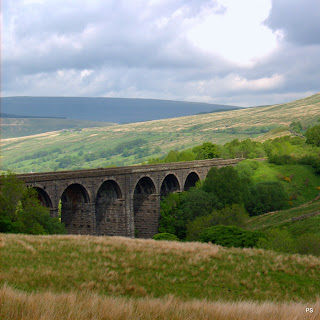 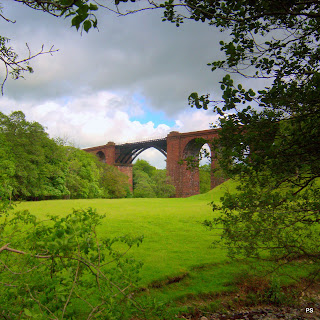 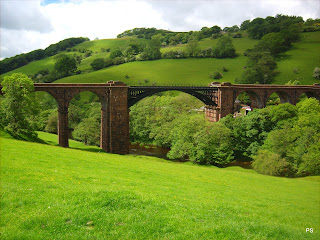 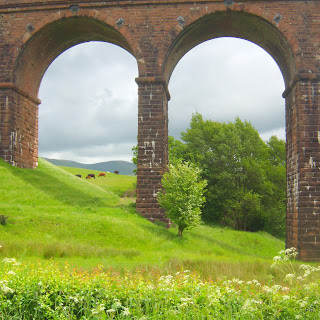 Now at home I see the mountain standing like an ancient sentinel,
the streets are quiet,
this may not be Sedbergh, but today all I hear is the cheering chirp of the house sparrow and notice buttercup, yellow flag iris and welsh poppy in the lane behind the houses.

The garden is green. 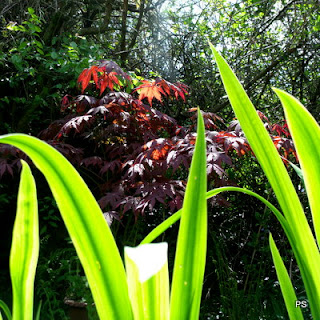 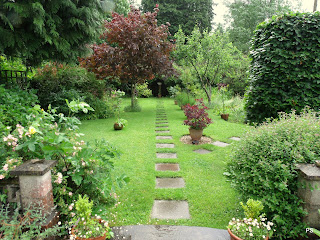