From the coal tip - thoughts on painting, endings and charismata 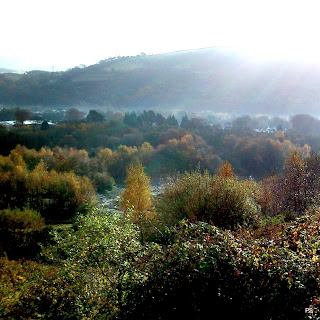 I have made a painting of the Quarme valley near Wheddon Cross on Exmoor. It is a painting of a memory of the place. It tries to capture the strange sense of humanity - of its human scale - its sense of man and landscape working together. The river valley is surrounded by cattle and sheep grazed hills. The high moor lit by sudden light in the distance - the depth and darkness of the river cutting its way through the hills.The sky with its fast shifting clouds. 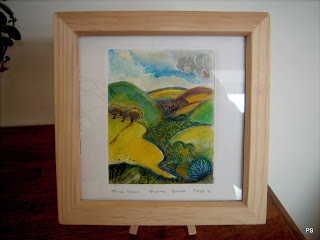 I'm not sure of its merit, other than it pleases me when I look at it.

I have started a series of  these paintings, all fresco (watercolour, oil, pencil on plaster) based on our recent visit to Exmoor. Sketches were made in my journal and used as a basis for the paintings along with my written notes. They are a reflection therefore on the place, and not an accurate depiction. 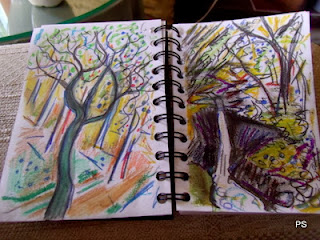 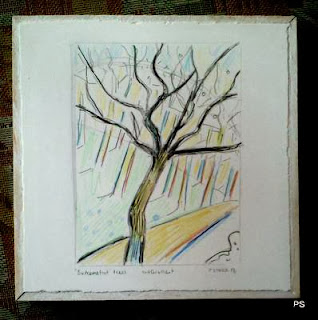 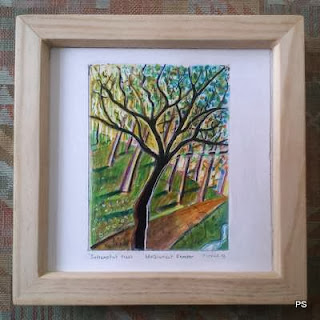 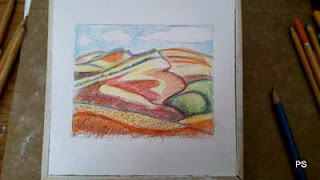 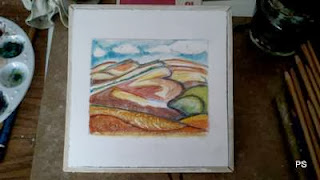 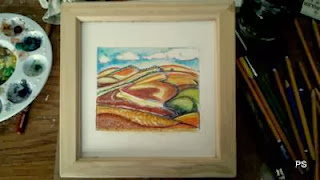 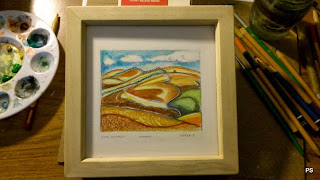 Having listened to a voice from my Portsmouth Polytechnic art student days ( Reith Lectures given by Grayson Perry who was a year ahead of me and way out in front in terms of the challenges thrown out by his work) I have reflected on his comments about the direction in which 'contemporary art ' is going. Most artists operate in the realm of the conceptual, rather than developing a craft or skill, this was true back in the early 80's, but it has become all pervading. The idea has become the main currency rather than a starting point, and it is taken to its intellectual limit, the more obscure the better. But I believe art can be beautiful, should I keep that a secret ? I believe the making of it is pleasurable, and there is no shame in trying to show that pleasure and passing on the gifts of the beauty that can still be found in the physical world. My art is second rate because it has to be intellectual to have any merit or currency in the 'art world'.
But that is OK.

Whilst standing on the coal tip above this valley, I have been thinking about endings. I suppose the fact that we remember the war dead and those who have been scarred by war, and the awful tragedy of tsunami's storms and land slides, forces the thought of death upon us. 'The end of all things is near' is a hard thing to understand in our natural minds. But all things must have an ending as they also had a beginning. It is only when we can step outside of our mode of thinking that the world revolves around us, that we are somehow the centre of the universe, that we can begin to see that it can end. A mark of our small-mindedness is that of the belief that we will go on forever, and that wealth and health can be a permanent state on this planet.
We will continue to be sold the idea that it can, and politicians and the wealth generators will believe it too - because they can see no other way and really have no answers because they are tied down to the belief that wealth and health are linked to financial prosperity. 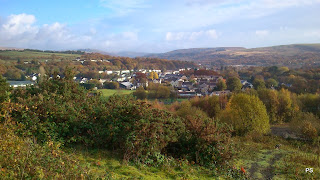 That is all from the coal tip for now.