I loved the sublime acanthus in the long walk, the wonderful thing for me was that you wait each year for it to have its moment.

Enemies are friends and they know it not. Sitting in the coal tip cloister garden in the cool of the day.

If someone were to critique this small garden I imagine it being very negative, I know that criticism is good for you and helps you to grow, unless that is you have a surf-like mentality like mine.

This is how I imagine the critique would go :

From the front of the house (they call it a band hall, but it looks like an over sized pebble-dashed local authority bungalow) you would not guess that this place has a 'garden' of any merit whatsoever - and when you enter through the rear somewhat suburban and neglected rear gate - you come to that very conclusion.
Almost instantly you see that there has been no attempt whatsoever at correcting some of the fatal flaws in the 'design'. There is very little money if any, spent on this garden.


The 'gardener' has left an outdated patio in situ which he euphemistically calls a terrace - with odd faded red concrete slabs from the 80's. Worse he has allowed that common scrubby little daisy from Chile invade all the cracks.(he says he was inspired by Anne Wareham - oh the poor fool !) He even allows rosebay willowherb to grow freely in the terrace border - yes the uncultivated kind.

The vista from the terrace is as unappealing and predictable as they come, just a straight path of yet more cheap concrete slabs sunk into the weed infested lawn, which I should say is not a lawn - not in my book.
The eye is led to a hell hole at the end of the garden which he alludes to as a mine entrance which is inhabited by a breeze block owl on a wooden sleeper and a gaggle of raggedy hens behind a chicken wire and trellis fence.

In an attempt to be 'arty farty' he has plunged laths painted black at various points in order he says; to bring symmetry and a sense of calm, each one has a found object mounted on top with a single word written on the base making up a three word load of tosh which he calls a poem - Soil Soul Toil . I just see this as a frankly weak attempt at creating 'atmosphere' and a 'sense of place' IT DOES NOT WORK.

This garden shouts : 'I DON'T KNOW HOW TO GARDEN!' with its incoherent planting which again contain weeds such as nettles and teasels for goodness sake. The excuse it seems  is that lame one of 'I'm gardening for wildlife'. Apart from the paths which he did not build, there is not a straight line to be seen, he tries for symmetry with pots on the grass but even these are inconsistent in size and shape and are imperfectly aligned.


Finally in this tragic garden there is a pond, again you could hardly describe it as such, it is so densely planted and surrounded by areas of unmown grass full of weeds such as birds foot trefoil and cuckoo flower, that it looks like a boggy patch in the corner of a field.

This garden is a fools paradise - I for one will not be visiting again. Next week I'm of to review a proper garden - The Lasket in Much Birch.

Mourning for subtlety - I aim for the subtle yet it slips from my sight both in my art and the garden. 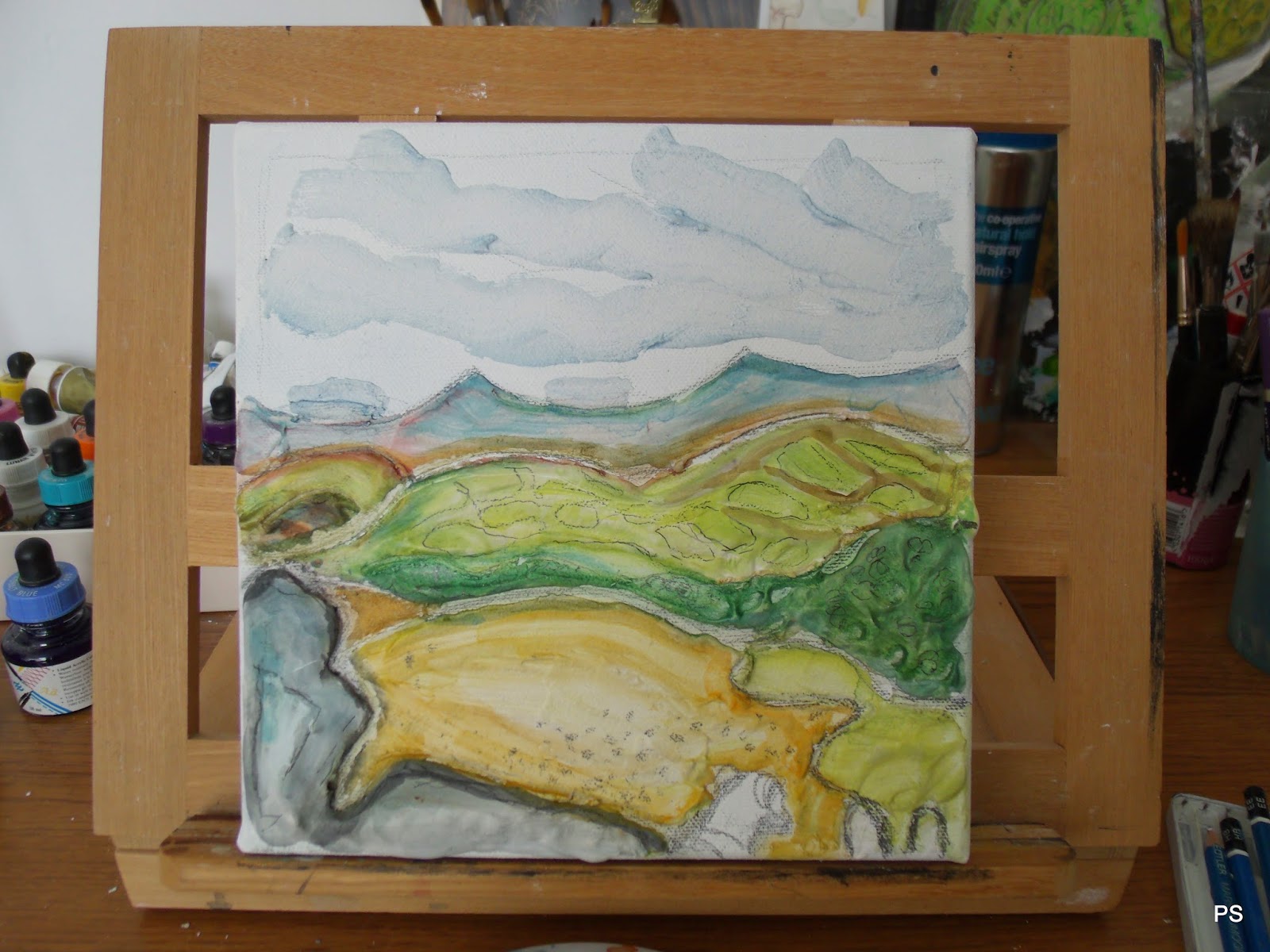