Living, dying, willow and eggs (a letter to you and Giles Fraser) 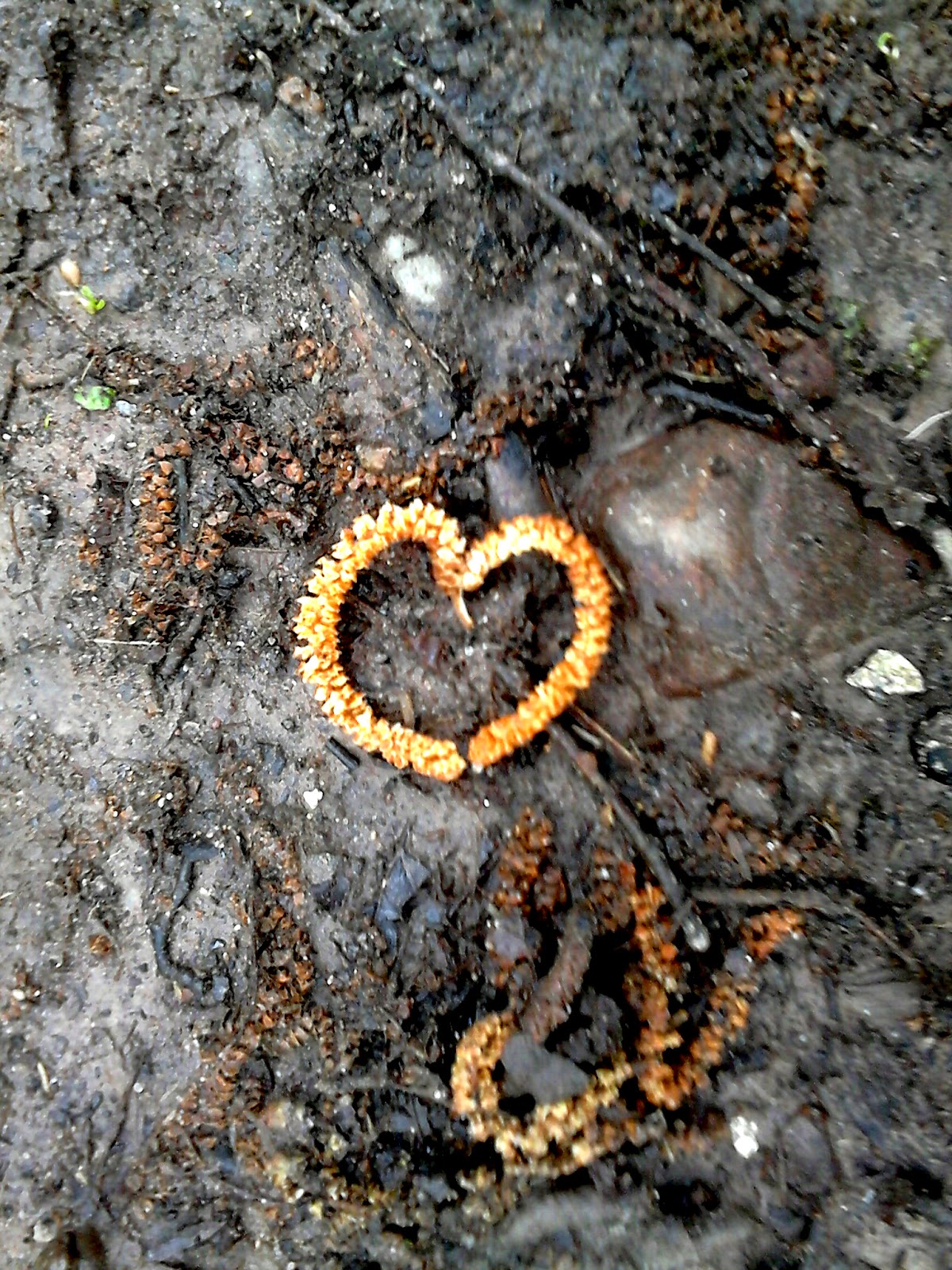 We all love spring, it heaves us out of the dead dreary winter.
It is no coincidence that Easter is fixed at this point of the year with its lengthening days and warmth bringing  hope to the bones. But is the festival Christianity celebrates really all about life ? As usual I've thought on these things over the last few days.

30/3/15 Storms blow around the house. Does Christ's death have anything to teach me ? If Christ had not died I would still be dead and not really understand the death that I lived, although vaguely aware of it in the injustice and horror committed by man upon man and woman and the environment. I would be dead to a life that is held in a secure place not affected by the vagaries of weather or politics or doubt or our incessant territorial ism. It is a death that brings peace. I realise that this can sound exclusive but this peace is truly inclusive. Peace wrought through a death I could not die - this brings me hope that life can be a positive force not a damaging one.

The wind will cause damage as the climate is churning its churning change upon us. Death is important to me - it is more important than I can express adequately in words. Christ spoke over Jerusalem saying ' If you, only you could see this day what would bring you peace' - and what was that ? It was submission to the death of the flesh and blood body with all of its wants, problems and limitations.

My mind is so full of crap - so filled with the lies of what will bring me peace - we are told that more wealth, better homes, better cars, better sex and better national security will bring peace - while there are those who are faced daily with death and poverty, yet we continually think we need more wealth despite already being wealthy beyond the dreams of many.This imbalance cannot ultimately create a state of commonality - a utopia. I honestly do not know how to step out of my greedy thinking  - apart from stepping into Christ's death - and with death to myself comes liberation but not perfection - yet- that comes in a future I honestly do not understand and seems impossible to my logical mind now, but it is implanted there waiting for the time to burst into life. Don't ask me how !

4/4/15 Brimstone - red kite and buzzard mobbed by carrion crows. Green finch, great tit, blue tit , small tortoiseshell and peacock butterflies dancing in the warm air.
Resurrection - I'm not sure what it is - plants lay dormant and reappear in spring - we die and disintegrate but pass on our genetic memory to our sons and daughters. The word became flesh in order to die so that seeds can be planted ready to grow to full potential. The word still exists, it has been spoken - still has a voice though cannot be seen in the flesh - can be heard and seen in what remains of the natural world - if we have the eyes and ears to see and hear him in the songs of the birds that remain. 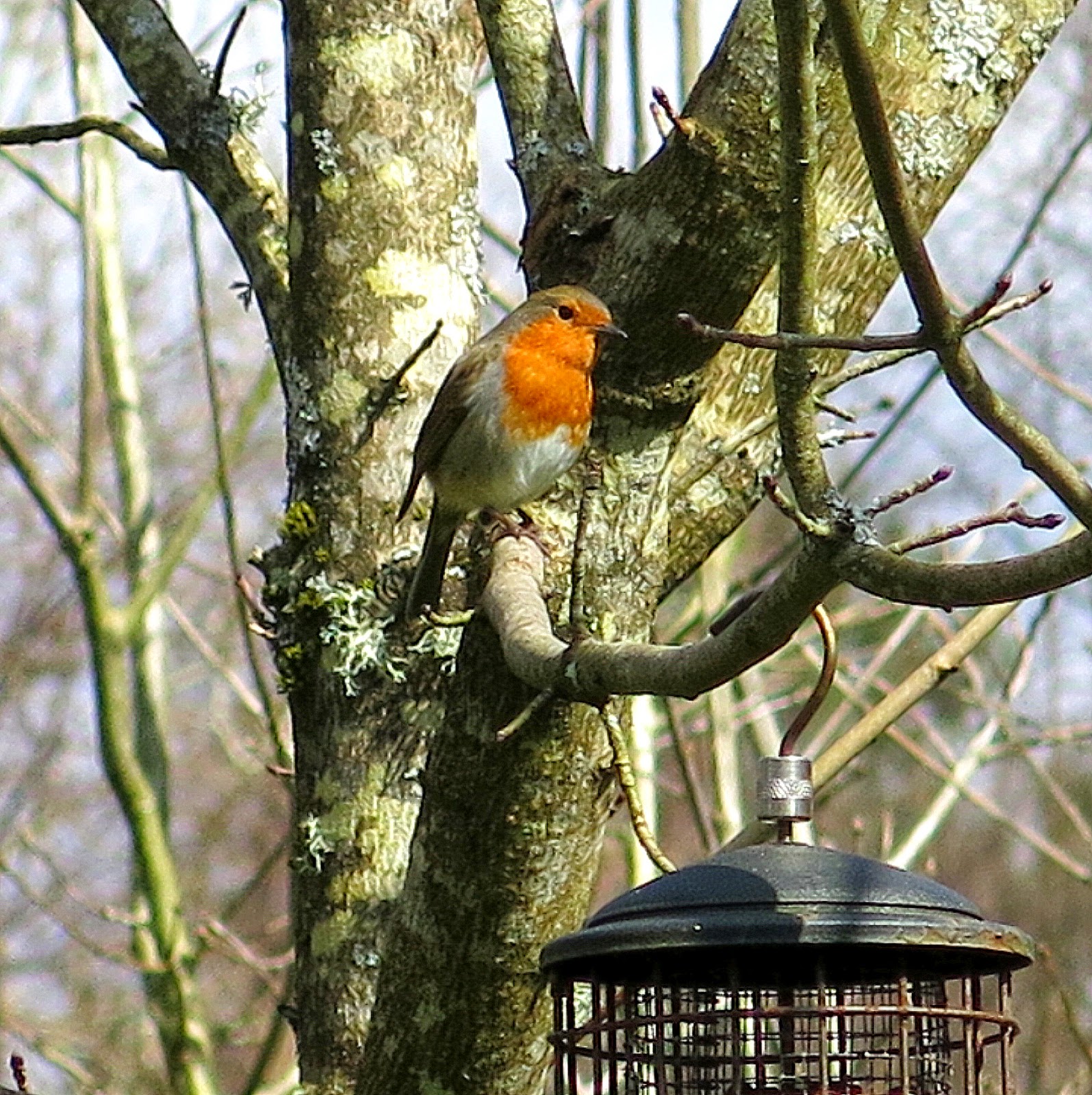 5/4/15 The pond in Craig-y-Nos was full of mating toads and strings of eggs. 2-3 males to every female. Amazing sight to see. Gnats are flying in small clouds back lit by the sun in the garden. Inspired by the willow arches in Craig-y-Nos, I have decided that these rather than dead fences shall form the cloisters in the coal tip garden. Too late for this season because they can only be planted between October and March - that is if I am still trundling along on this planet !

It is always hard to imagine the trees in full leaf and the border plants filling the garden. Just now at this point of writing a raven calls overhead and cohorts of motorcyclists rumble up the valley for their Easter weekend meet up in Mid Wales. 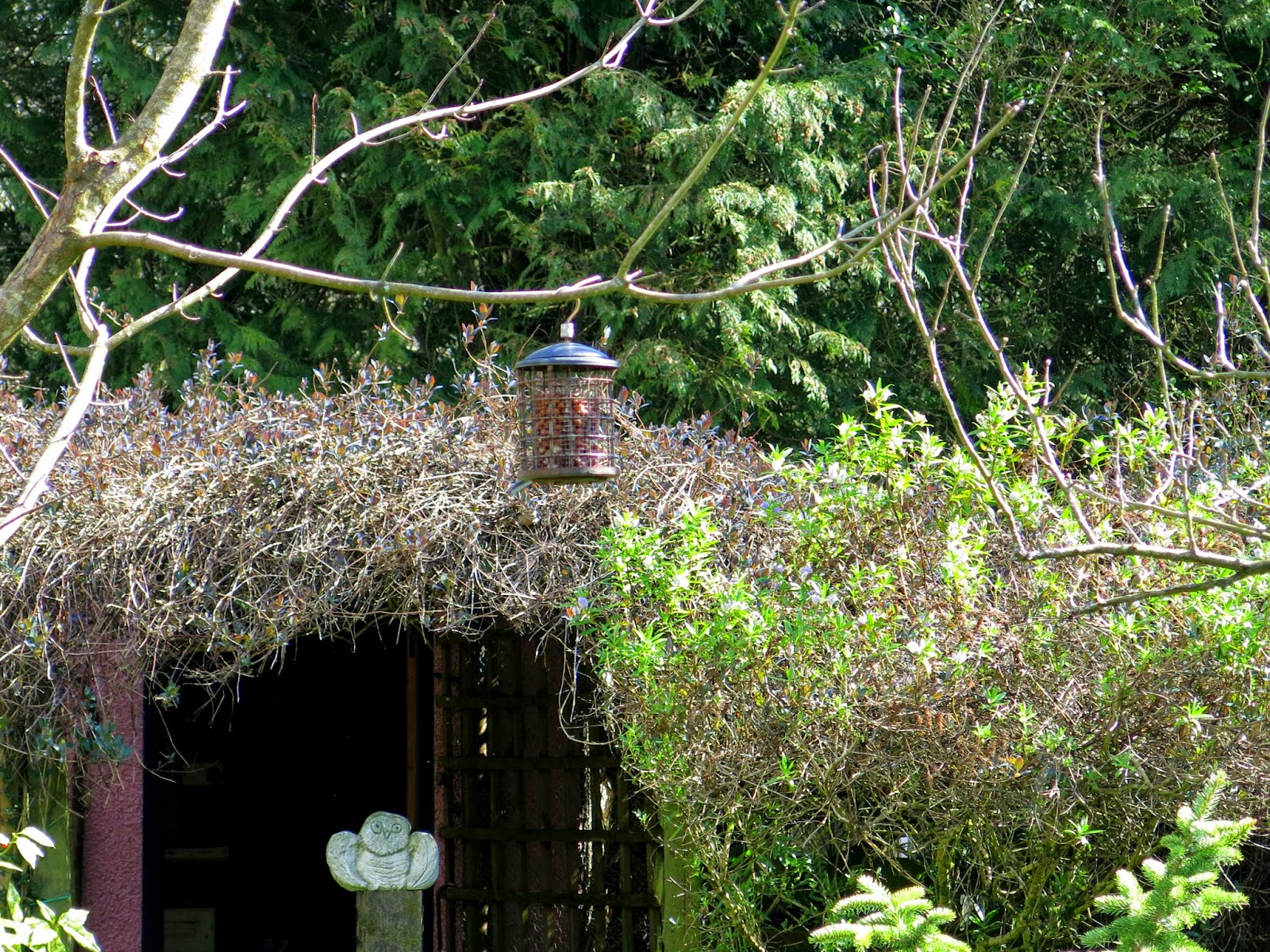 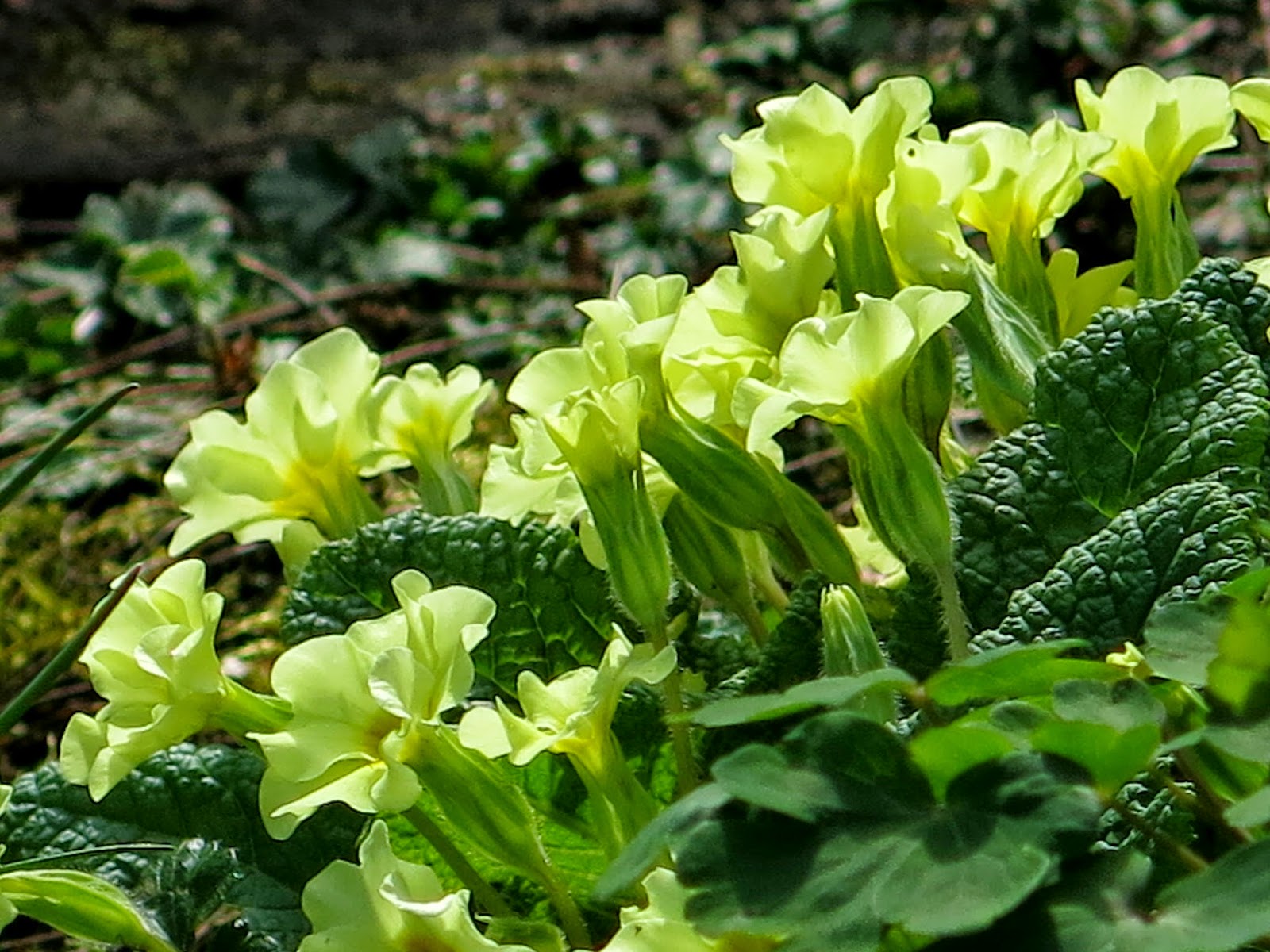 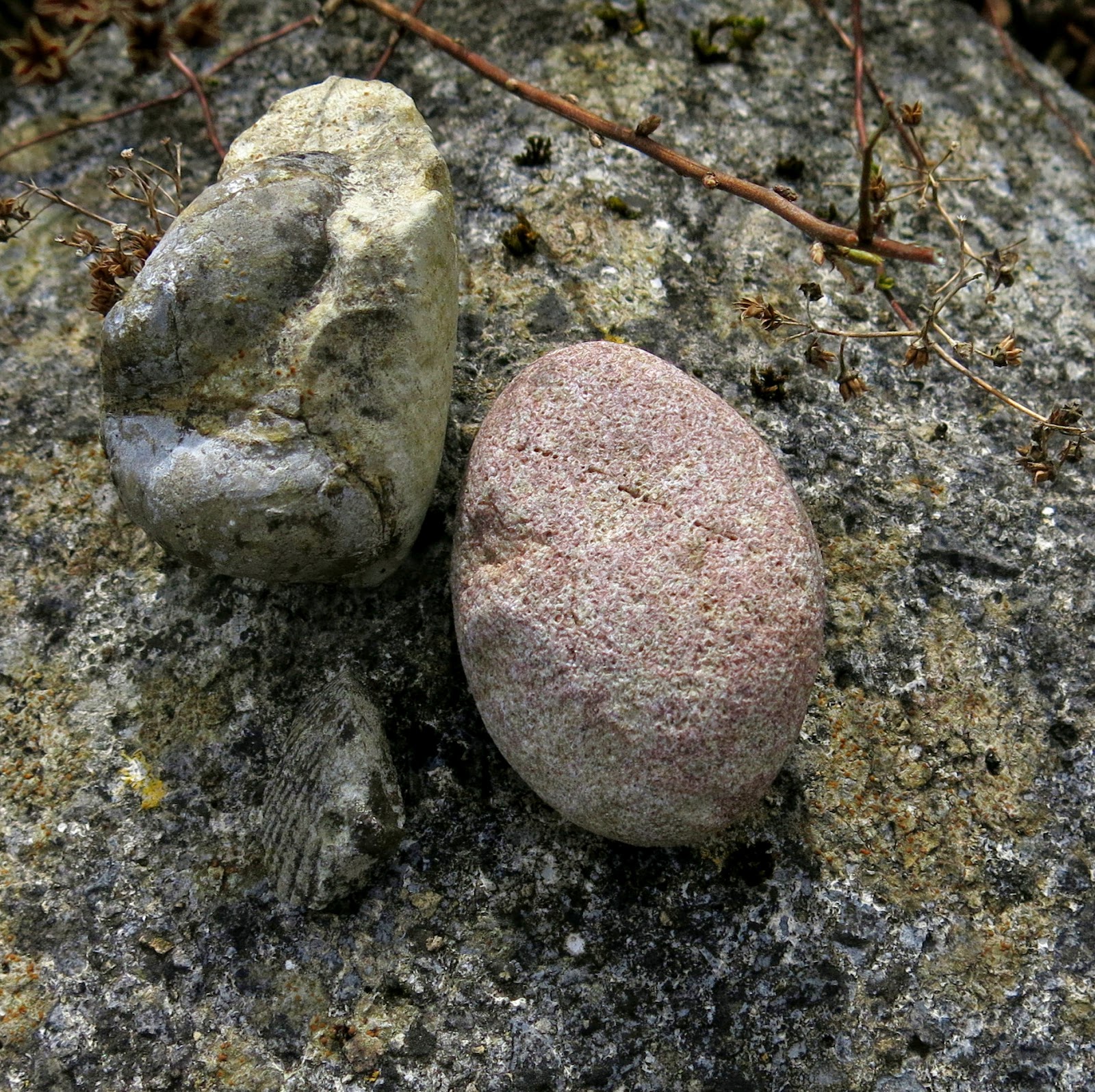 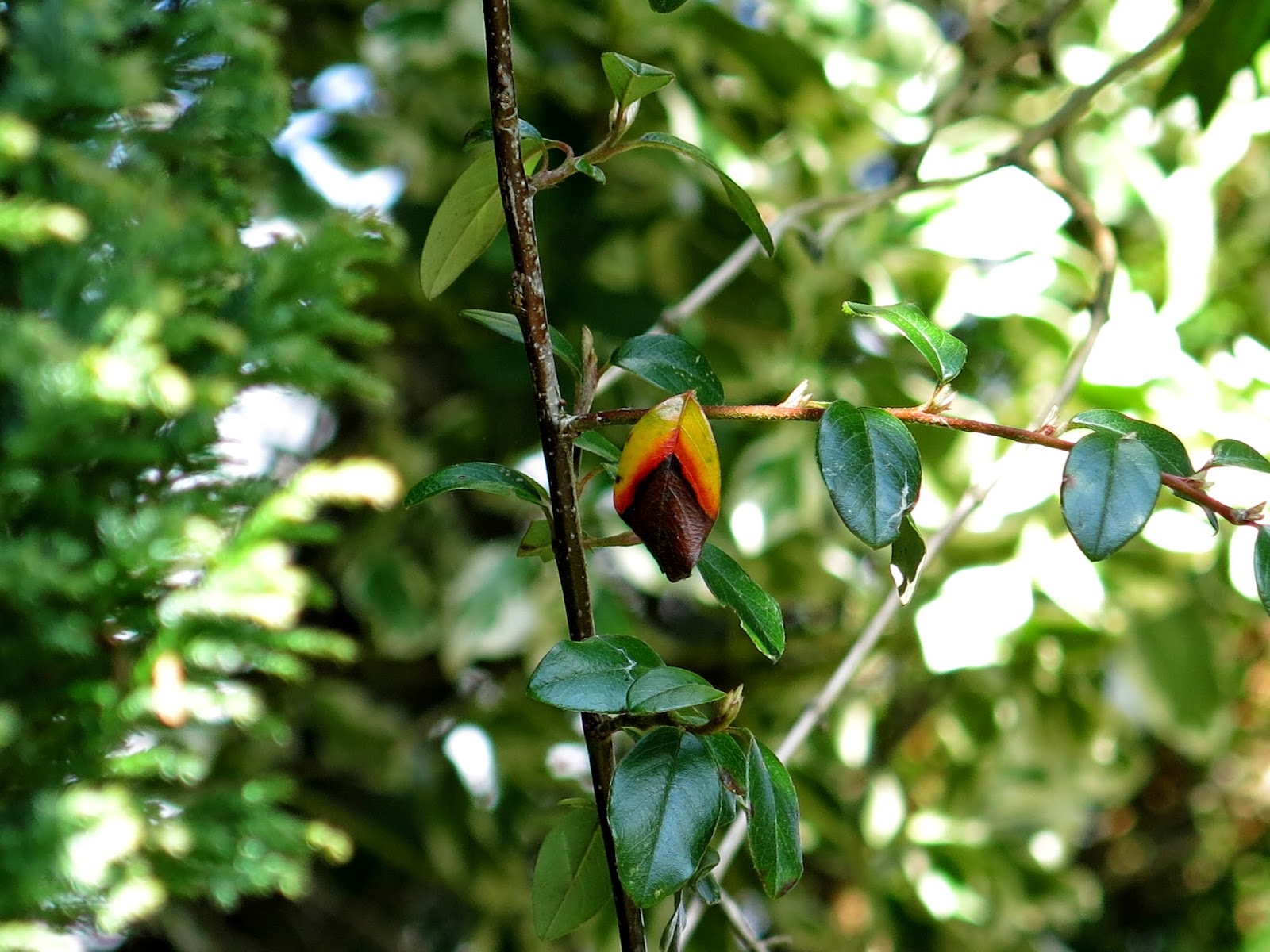 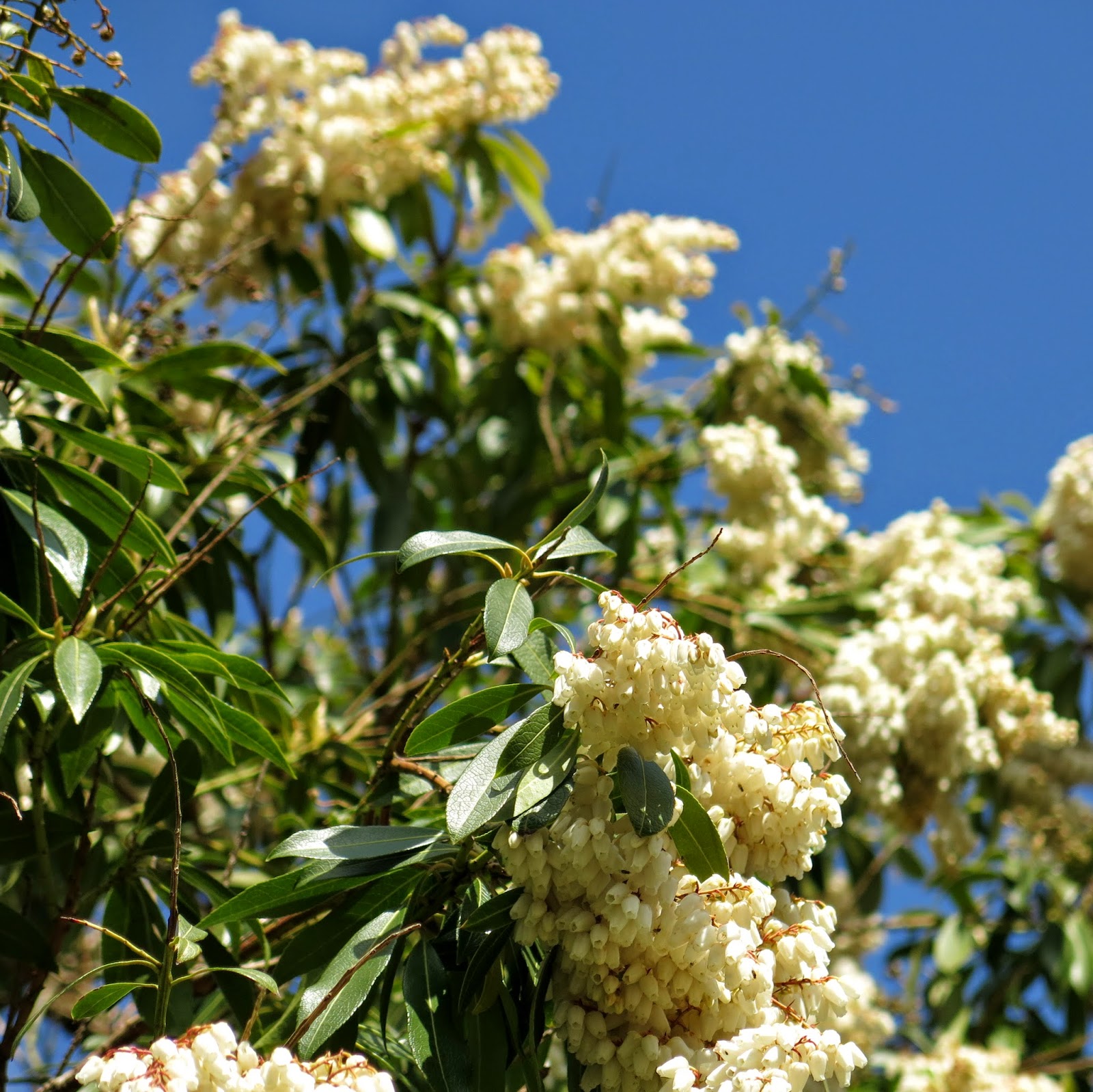 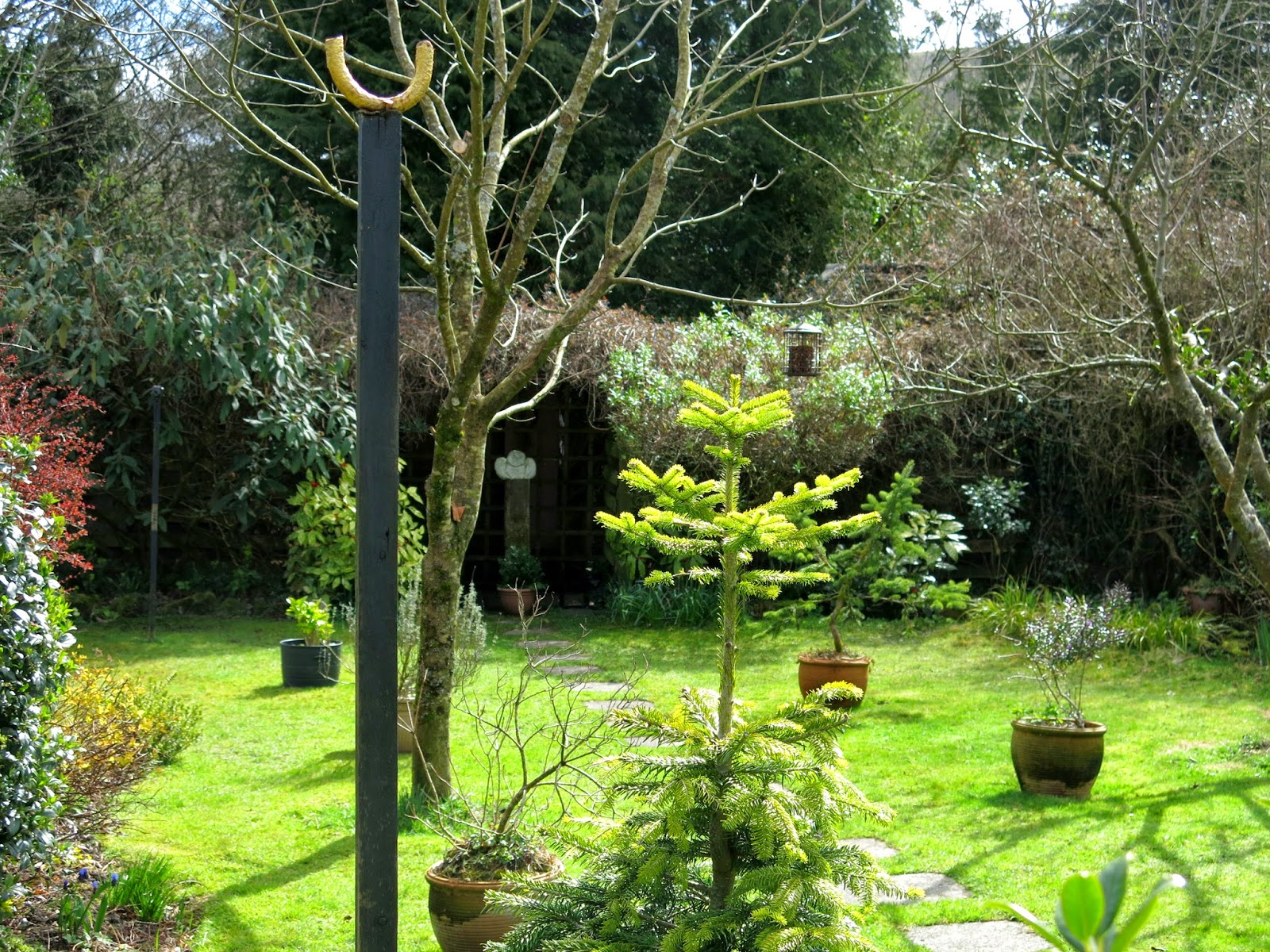 Giles Fraser of the Guardian writes more eloquently of Easter than I ever could - find him on Twitter @giles_fraser . Here's to you Giles.