The seagulls confirmation and other stories. 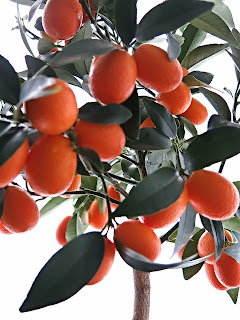 Staying put - making a home and seeing the positive in what may appear to be negative circumstances have been confirmed by seagulls today.

Yes I am a nutter.

Many years ago I sat in Singleton Park Botanic Garden in Swansea during a break in my studies at the time in the nearby university.
As I contemplated the future feeling uplifted by the blue sky - the peace of that part of the park - I felt a strong pull to head for Cornwall (of all places) - at that moment a flock of seagulls did their soulful crying above me - At that point I thought my future was confirmed by the seagulls!

I am I suppose a sensitive soul - I had been reading about Joshua in the Old Testament - how he was commissioned to take Israel over into new territory, and I somehow believed that I was off to new territory.

It wasn't meant to be.

Many years have passed and although the Joshua thing did not lead me to Cornwall, it led me instead to this rough at the edges former mining town.

There have been problems since living here in this town, but as I look out over the newly laid sea-grey flat roof with its new jaunty chimney puffing wood smoke I once again heard the cry of a seagull - a long way from the sea. It reminded me that we have found peace here. The Joshua call remains within me. I have learnt that the call is a living thing and relates to wherever we may be - it is about life in all its complicated fullness. It was the same gut wrenching call I had as an artist - a call to make art and tell a story.

The garden is for me an extension of making an artwork, it is taking on a real identity of its own, and it relates to the hills surrounding it and its past industrial history.

Art and gardens are only experienced for a short time in the land of the living and we are privileged to enjoy them.

I have recently visited RHS Wisley in order to drop off a painting. Whilst I was there I had the opportunity to get lost within its extensive grounds. Wisley is a visitor attraction not just a garden and it certainly does attract a lot of people. Nevertheless I was able to have quiet moments. 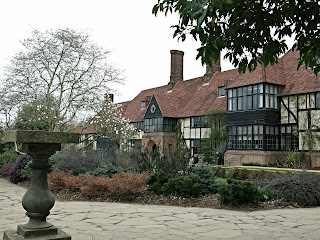 I was impressed by its upkeep.  I was surprised by its proximity to the busy A3 and the consequent road noise - however I would imagine that once the trees are in full leaf then it is subdued. Other intrusive noise came from gardeners with various petrol driven machinery ! And of course the aircraft overhead on their way to Heathrow.

I did learn from my visit - I found the labels helpful because there were varieties of Spring flowering plants that I had never seen before - and I now know what I am looking for. 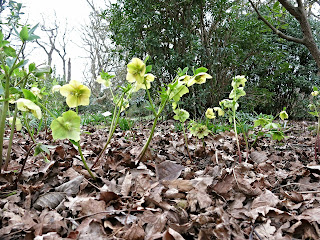 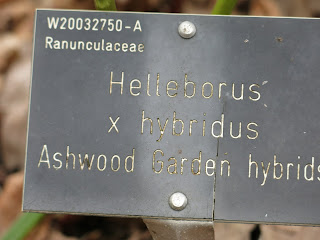 The scents in the wild garden were intoxicating - hamamelis in particular along with hyacinth. 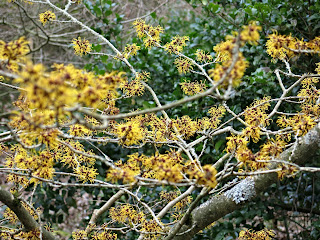 The garden is really a series of gardens spread over its 200 + acres and there is an issue with its lack of cohesion.
The research and trials work here is world famous and I had an insight into the amount of work that goes into the trial of plants - it is truly mind boggling. 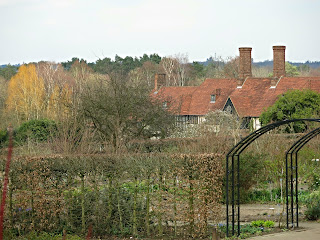 Here back at the coal tip cloister garden I have successfully raised some seedling grandchildren and decided to apply this year for NGS opening next year. As a taster for this I'm opening my small studio and garden in June for Arts in the Tawe Valley week. I will keep you posted. 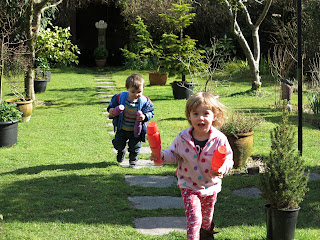