The desolation of the mixed border and other parts. 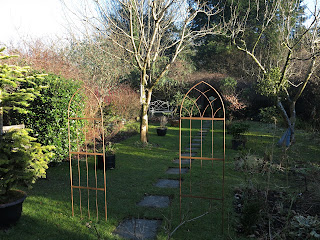 As you may know - the rectangular box hedge that subdivided a mixed border and provided a horizontal axis for the eye - succumbed to box blight - it lost most of its leaves and was beyond recovery. I had to dig it out which was a difficult thing to do both emotionally and physically.

The roots had gone deep.

The resulting empty space is heart breaking. I have not rushed out and bought anything to replace it as yet, but I have moved some plants around - fortunately before the soil turned to iron.

The space is now open to the elements. Sue is happy though as she always said the hedge took up too much space - making the hanging of washing on the retractable line difficult -  that's true as I also struggled to manipulate larger items in the space available. There is now more space between the line and the border - these considerations are important in a working domestic garden. 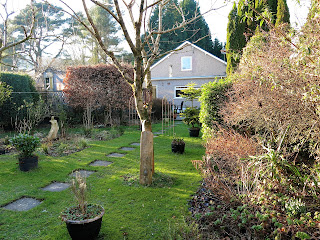 I will just wait and see what happens as the seasons progress and make a decision in the Autumn about a possible replacement. Sorry in advance to potential NGS visitors there will be less to see in June !

March will bring with it the next stage of desolation - I will be taking down the pergola at the end of the garden and emptying the old shed of all its rubbish. In April I plan to re- roof the shed and depending on finances dry lining the inside and replacing the door and window to turn it into a summer studio. 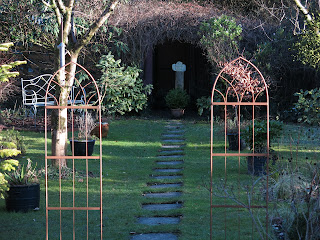 There is a bit of colour in the borders - and the snowdrops have bulked out well - so not all is desolation. 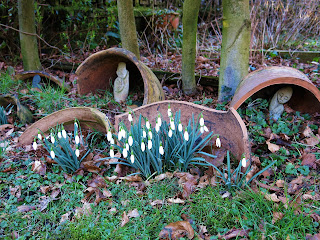 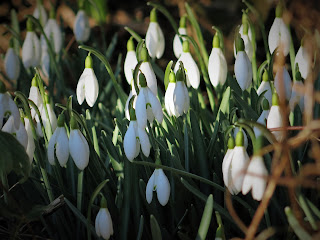 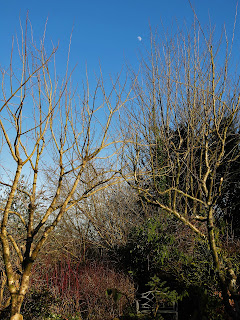 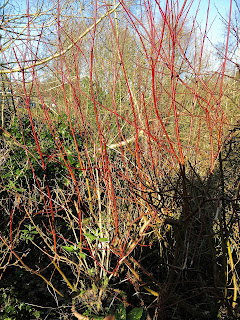 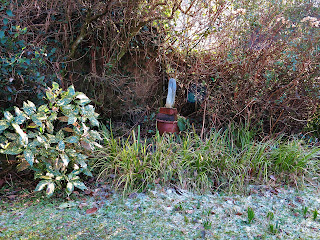 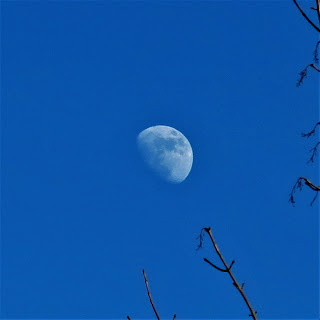