I have lost count of how many letters I have written to you. I have changed a lot in the intervening years, and so has my garden and how I now see it. We all know that gardens are in a constant state of flux. I have just read Anne Wareham's post on her website veddw.com where she has posted photographs from the same window over a year, and it is great to see that waxing and waning, growing and changing, a reflection of our own lives.

This year my small garden has reached a level of maturity, and the cloistered effect I was after has become more obvious. The new beds have filled out remarkably quickly but now give more solidity to the space and provide alternative viewpoints which were sorely needed. I still have doubts about how good a garden it is - but then I have doubts about all kinds of things, whether I'm really an artist, whether I am a good example to others etc etc. 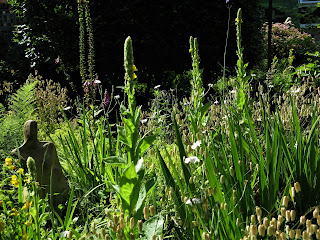 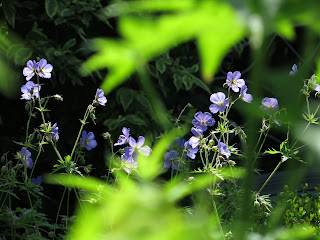 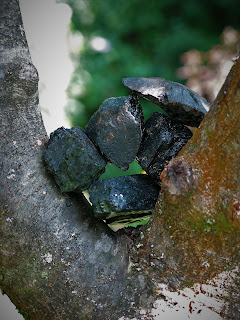 I have just returned from 2 weeks in the wilderness that is Grisedale. The cottage we stayed in which had no TV reception, no Internet or phone signal had an amazing little cottage garden that was very lightly gardened and contained lots of natives. It was surrounded by the typical low dry stone walls of the dales and had stunning views out toward the fells. All that could be heard were the haunting calls of curlew, lapwing, snipe and oystercatcher - their sight and sound evocative of my childhood - much of which was spent roaming the shore of the Gwendraeth Estuary. From the garden I watched kestrels hunting and red grouse in sudden flight disturbed by grazing swaledale sheep. Further up the beck we watched in awe as a hen harrier circled its territory. The garden was an oasis in the open fells. 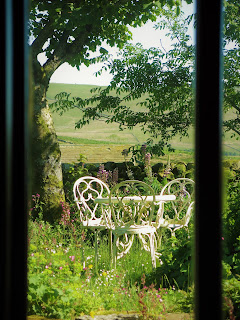 In contrast we visited the haunting gardens of Lowther Castle near Penrith - the gardens are under restoration - there is a palpable atmosphere in the lost gardens - particularly the rock garden which had a mysterious romantic feel. In the main courtyard in front of the ruined building is a large parterre by Dan Pearson, it fitted in with its surroundings and its scale is perfect in conjunction with the house. I really hope they don't over tidy the rest of the gardens - the one criticism I have is that the gardens within the ruins have too neat an edge to them I just wanted a bit more wilderness and abandon. 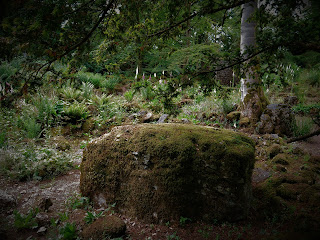 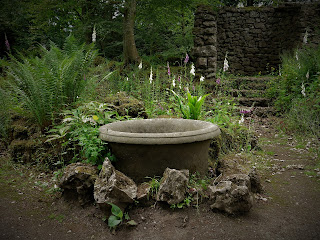 Finally we returned to Dalemain in Cumbria. Dalemain was a favourite of mine from a previous visit and I wanted to see how it had evolved. It retains an intimacy and is on a scale that I can relate to. I still love it. 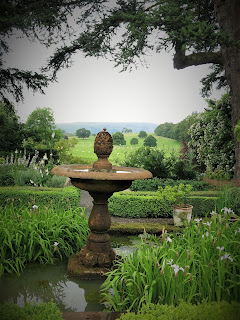 Returning home I noticed how green everything was - the number of trees here in contrast to the dales. It is good to spend time away it really does make you see things afresh.